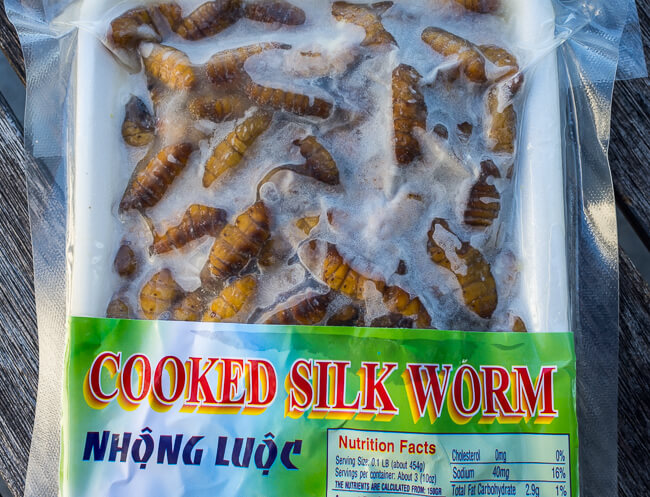 I bought a pack of frozen cooked silkworms at one of our local Asian markets a while back. I’m not usually the type to grub out on bugs but they didn’t cost much so I decided to give them a shot. 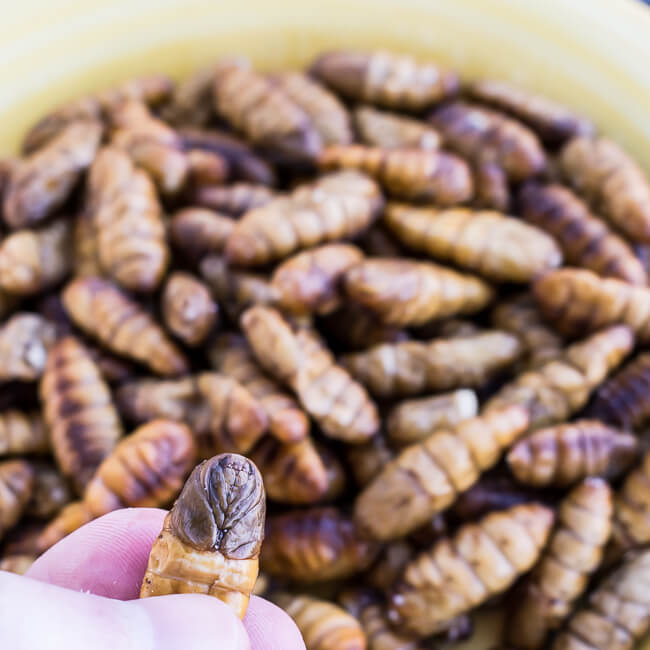 Silkworms are Asian native moth larvae that produce the silk used to make fabrics. Since domestication silkworm moths can no longer survive in the wild and can only be found in captivity. Losing their ability to fly and the fact they only eat mulberry leaves has led to their extinction in the wild. These domesticated insects are used in textiles, by researchers, kept as pets, and used as a food source for humans and other animals. 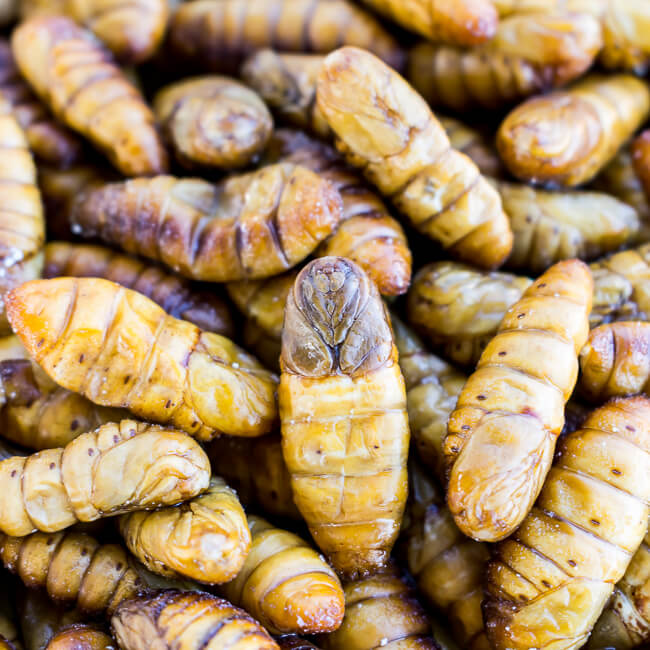 Although these silkworms were already cooked, I decided to drop them in the fryer after thawing. Everything tastes good deep-fried right? After snapping a few pics, I dropped the silkworms a handful at a time into hot vegetable oil and cooked them until they were nice and crispy. Then I laid them out on a towel to soak up the excess grease. After my first bite, I thought they’d go perfectly with lemon pepper seasoning so I tossed them into a bowl and seasoned to my liking. 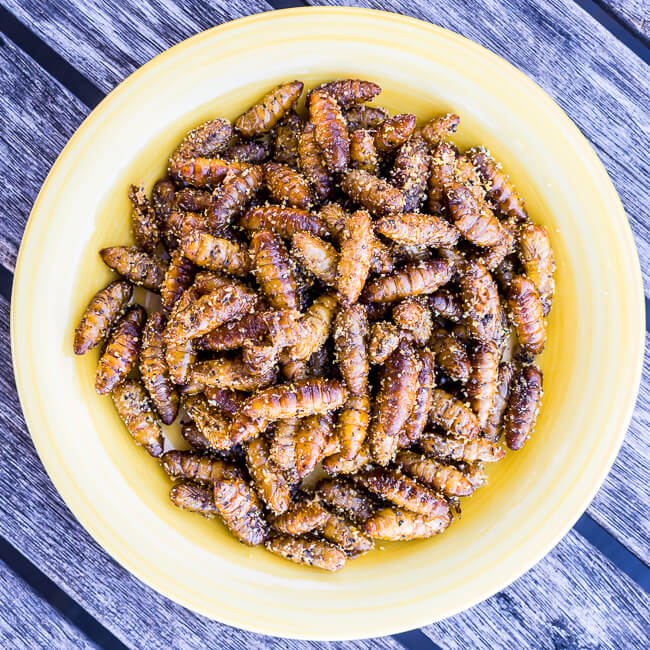 Deep-fried silkworms taste kind of like almonds. Sprinkling them with lemon pepper gives them a nutty, salty, and sour flavor that goes perfectly with a cold beer. Despite how weird it may seem to eat worms they are extremely high in protein making them an ideal food source for people trying to stay fit and build muscle. To be honest I would much rather eat cold silkworms straight out of the package than drink another vanilla protein shake. 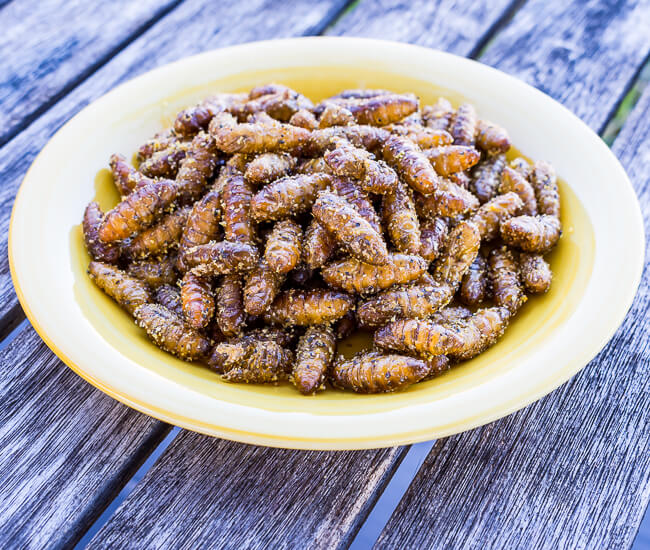 Cooked silkworms are an excellent source of protein. They cost a fraction of what you’d typically pay for a tub of protein that’s filled with who knows what. Unless you’re equipped with a laboratory and know how to use it there’s no way to know what you’re really buying. You just have to take the company’s word for it the contents are legit. At least with silkworms, you know exactly what you’re getting. Deep-fried, baked, broiled, slightly heated, cold, no matter how you eat them or what you are feeding them to silkworms offer great nutritional value.