How to Avoid Getting Attacked by Alligators 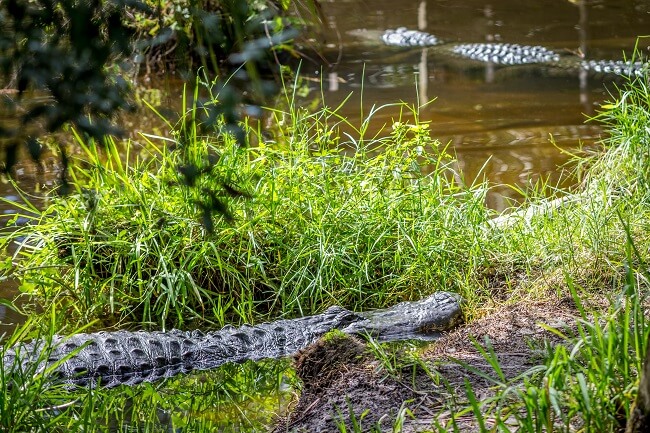 As the general population and tourism continue to rise in Florida, people are finding themselves encountering alligators more frequently. Although attacks can be deadly, as we have witnessed in recent news reports, they are still rather rare. According to the Florida Fish and Wildlife Conservation Commission, the odds of being bitten by an alligator are very slim. They estimate the odds at around one in 2.4 million. Although unlikely, at least a dozen people get attacked in Florida every year. 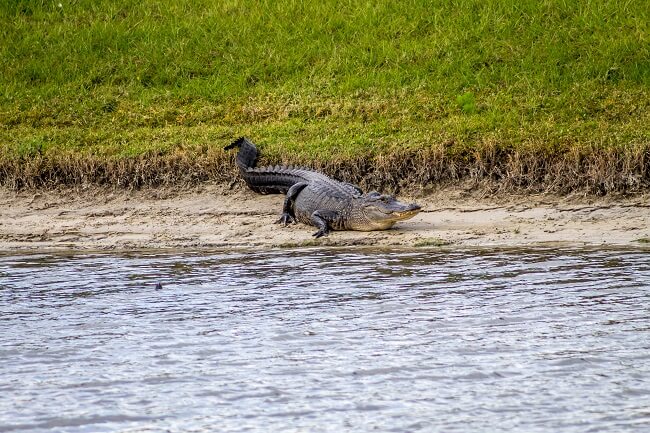 Not getting attacked by alligators is actually quite easy if you stay away from them. Avoiding alligators altogether is one of the best ways to keep from getting attacked. To avoid alligators, you should stay away from where they live. Alligators mostly live around non-moving (lakes, ponds) and can be found in creeks, canals, rivers, and swamps. By avoiding these areas, you will be hard pressed to encounter an alligator. 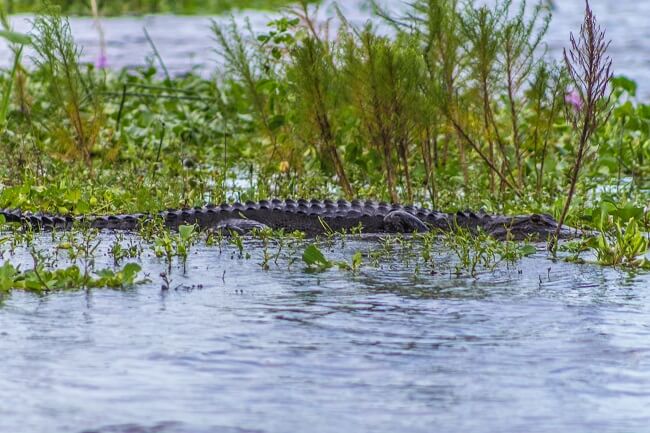 Even if you spend a lot of time in prime alligator habitat it’s still easy to avoid becoming gator food. Alligators typically shy away from humans and are usually hard to get close to. I spend a lot of time hiking around bodies of water and kayaking Central Florida’s many waterways. From my experience alligators in the water can sense paddling from a long way off which gives them plenty of time to escape. Gators usually try everything they can to avoid human contact. Unless someone has been feeding them they will quickly slip into the water before you get too close. 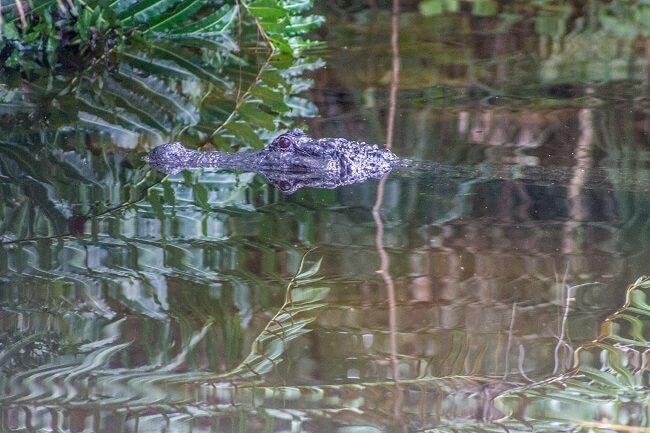 Being aware of your surroundings is important when you are in alligator habitat. Anytime I am in an area where gators might live, I keep a close watch on my surroundings. I maintain constant awareness of what is going on around me and stay vigilant. I look for them floating and swimming in waterways and along banks. When I am out enjoying nature I am always on the lookout for the signs and sounds of gators. 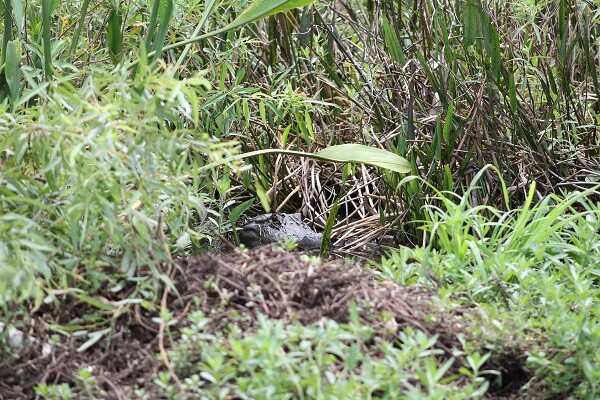 Over the past few years, I have encountered several alligators. I avoid getting attacked by appreciating them from a distance. I don’t try to feed them, pet them, catch them, or go in for that extra close-up selfie. I stay away from alligator nests, baby alligators, and take extra precautions around breeding season when they are most aggressive. When I swim, I do so mostly in the day time as alligators are busiest between dusk and dawn. I also NEVER swim in areas where there are alligator warning signs and avoid swiming out of designated swimming areas. 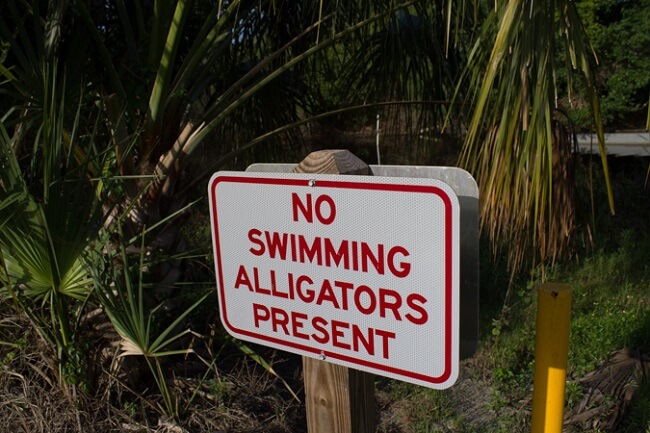 I maintain constant supervision over children. When we are in the water, my son is never farther than arms reach. I also keep my pets away from alligator habitats. When camping I set up camp at least 200 feet away from the water’s edge. By exercising a little caution and common sense, you too can avoid getting attacked by an alligator. 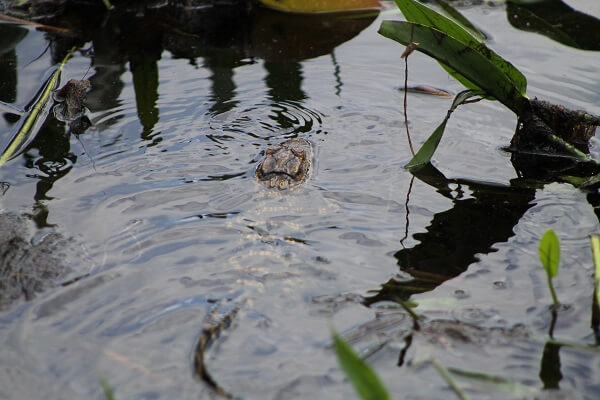 If you are on land and an alligator is approaching, you can easily keep from being attacked by running away. Growing up I was told running in a zig zag pattern is best but according to the latest school of thought, running in a straight line is your best defense. Alligators are fast in the water but slow on land. They tire quickly, which makes it easy to outrun them. 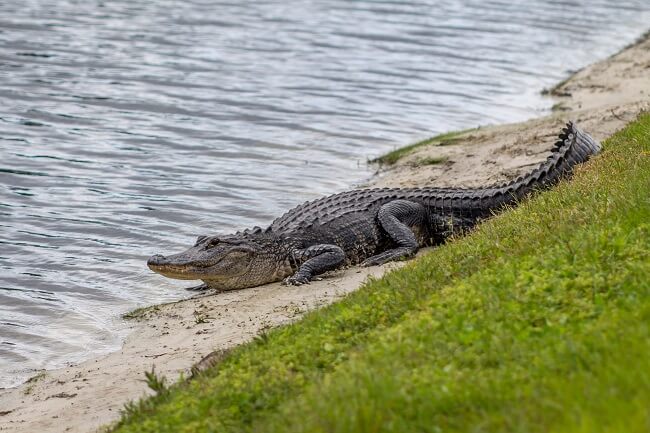 If an alligator does bite you, fight back. Make lots of noise and commotion. Fight like your life depends on it because it does. Alligators are opportunistic predators and prefer easily accessible and abundant prey. Make it hard on the gator. Punch it in the nose, gouge its eyes, stab the eyes and throat with a knife. Do what you can to survive. If a gator chomps down on you and goes into a death-roll, roll with it, try to take its back and attack its throat. Be fierce. Attack the palatal valve behind the animal’s tongue. Do whatever you have to do to get yourself out of the situation. Chances are pretty slim you’ll find yourself in such a predicament but responding with ferocity would be your best bet.

Have you ever had a close encounter with an alligator?